We haven’t yet been able to confirm all these details, but we’ve received information – which we believe states the points listed in the case correctly – on a court case involving Birmingham, Michigan-based Gas Station TV Media. 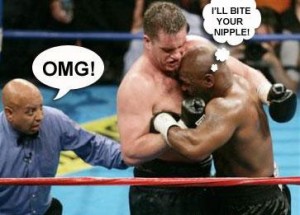 GSTV, which installs gas pump TVs and their programming, is apparently claiming that a former vice-president of sales at NBC swiped trade secrets and used them to defame GSTV and give an advantage to a competitor.

We’re told that GSTV has sued its competitor, Santa Monica, California-based Outcast and Michael Mongeluzzo, its vice-president sales, in Superior Court, claiming that Mongeluzzo misappropriated proprietary information he learned through negotiations, before he jumped from NBC to Outcast.

GSTV was started in 2005 by a group of media executives, and has built a network of more than 8,000 digital media outlets at gas pumps across the U.S. according to the complaint. It claims that its ‘high quality programming mix of content and advertising … runs 24 hours a day through multiple loops that are broadcast on digital screens installed on fuel dispensers. The content broadcast on the GSTV Network includes local and national news, sports, and weather from a variety of leading networks, such as NBC and ESPN.’

Its revenue come from ads, and its sales team ‘has been able to generate millions of dollars in advertising revenues,’ according to the complaint.

During negotiations with NBC in 2009, GSTV says, Mongelluzzo was given confidential access to its trade secrets. GSTV claims that after Mongelluzzo quit NBC he went to work for Outcast, GSTV’s competitor.

Both Outcast and Mongelluzzo have denied that they have any of GSTV’s proprietary information, according to the complaint. But GSTV claims that ‘Outcast began disparaging GSTV in the marketplace and began using GSTV’s confidential client lists and information to contact and interfere with GSTV’s customers, advertisers and business partners.’

GSTV claims the defendants lied about GSTV, claiming that Outcast had a greater viewer impression rate. GSTV claims that Nielsen Media Research uses ‘impressions based on transactions at fuel dispensers that have display screens installed’ to give it a Nielsen rating.

GSTV furthe claims that ‘Outcast and Mongelluzzo used GSTV’s confidential and proprietary data to repeatedly misrepresent to GSTV customers and partners that GSTV was lying to customers and fabricating key metrics about the GSTV Network. Specifically, Outcast publicly and falsely claimed that GSTV has substantially fewer actual impressions than reported by Nielsen, and that GSTV reports impressions from fuel dispensers on which GSTV Network screens have not been installed.’

GSTV claims that among ‘Outcast’s systematic and ongoing defamatory tactics’ are that ‘Mongelluzzo has stated that GSTV’s audited average monthly impressions per station are so high, compared to Outcast’s reported average, that they must be false or exaggerated.’

GSTV adds that Mongelluzzo ‘called into question the accuracy of GSTV’s audited data, the audit methodology, and even the auditors themselves, despite knowing that his statements are false and/or misleading.’

GSTV is represented by Richard Darwin with Buchalter Nemer of San Francisco. We do not know, as yet, who is representing Outcast. Outcast and PumpTop TV have a joint venture. GSTV is their main competitor.

This entry was posted on Wednesday, September 8th, 2010 at 08:30 @395 and is filed under DailyDOOH Update. You can follow any responses to this entry through the RSS 2.0 feed. You can leave a response, or trackback from your own site.

2 Responses to “Gas Pump Brouhaha Ends Up In Court”