Last week the Toronto Transit Commission (TTC) announced appointment of Chris Upfold to the newly created role of Customer Service Chief. Chris comes to the TTC from the Transport for London (TfL) and may bring good news to the Toronto Digital Out Of Home Advertising community.

From the onset in his first interview with National Post, Chris discussed his positive outlook in role of advertising in reducing perceived wait times: 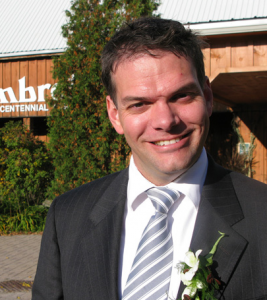 Get me to the church on time

“The best example I can think of is that we have a lot more advertising in the London Underground than the TTC has. And part of that is because it generates revenue, and it gives us money to invest in other things. But it’s also because our customers like it. It gives them something to read. And we know that stations that have advertising have a lower perceived quantity of time. And it also proves to people that somebody is in control. Because the advertising is up to date. It’s clearly being replaced, it’s clearly being looked at, there’s a guiding mind here”.

It’s great to hear a fresh perspective on the role of advertising in customer satisfaction voiced from the top of the TTC organization. Certainly folks at OneStop (now part of Pattison) who run the current digital ad network on the Toronto subway platforms will be happy.

Going forward, maybe gadgetry like CBS Outdoor cross track projection (XTP), popular with advertisers in the London tube, is not far behind?

Who knows, maybe WiFi, being trialed on the Tube (to which Chris undoubtfully had been exposed to while at TfL) is coming also?

That would be most welcome as it will allow both static and digital content to link to relevant information via QR codes, dispelling some arguments about their usefulness, especially on Subways.

This entry was posted on Saturday, March 26th, 2011 at 18:21 @806 and is filed under Scuttlebut. You can follow any responses to this entry through the RSS 2.0 feed. You can leave a response, or trackback from your own site.