Trigger Networks, a company based in France’s Sophia–Antipolis famed science park, is taking its initial first steps in North America, concentrating initially on the eastern side of the continent from offices in Toronto and New York. 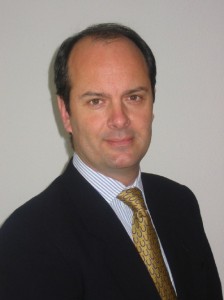 It’s difficult to explain Trigger’s mission simply as a media planning platform, because, in truth, it’s much more than that. It deals with advertisers, advertising agencies, media agencies and vendors in both the traditional and digital out-of-home sectors. It operates in 35 countries, especially across continental Europe and the UK, in 12,500 cities, and in 15 languages – and is making new moves into Hong Kong and Shanghai as well as Dubai. And it deals in the technology of research, analytics, media planning and buying – even doing the actual buying directly in some cases.

Want to advertise your product right across Europe in Russian, Polish, Spanish, Flemish and more? Trigger-One can handle it, dealing with global campaigns on billboards, digital screens, street furniture, buses, transit shelters and/or whatever is needed. And it enables clients to create an international media planning program in the space of a few hours instead of several weeks. To date, it has been responsible for the booking of 175 global campaigns.

Trigger is not an aggregator. It is up to the individual media networks, digital and otherwise, to make their avails known once they are on a media plan’s radar.

The partners have invested €1.2 million into development of Trigger. All the company research has been auto-financed using profitability of the media agency activity of Trigger-Networks.

Trigger was co-founded by Vincent Amela, chairman, and Agathe Chahine, and developed by them along with partner Jean-Michel Voldoire, who was responsible for the architecture of the platform. The three combine backgrounds in media, finance and engineering.

Amela’s past titles include: chairman of JCFGroup France; industrial partner of LOOK Private Equity; and CEO of Giraudy’s Spanish holding group, now CBS Outdoor. Chahine, whose major experience is in managing databases and analytics, helped create and develop JCFGroup. Voldoire was IT director in many industry sectors for A.C. Nielsen and Pfizer and managing director of JCFGroup and FactSet Research.

Appointed to develop the eastern North American market as regional director is Felipe Ramirez-Roriguez, who was involved with several OOH startups in the U.S. including European company Cemusa in New York and Miami. He also had his own consulting company in Toronto. Ramirez-Roriguez, who joined Trigger in January, has, to date, has been focusing on putting together details on the New York market.

A total of 155 media vendors such as JC Decaux, Clear Channel, DEFI Group Worldwide and CBS Outdoor contribute to Trigger-One’s database at no cost. Nine direct clients such as Stafanel, Desigual and Geox use the platform. Media agencies all over Europe use it to plan their out-of-home campaigns, including 80% in Spain, 45% in Italy, 40% in Belgium and in Germany.

“We cover 66% of all the advertising faces in Continental Europe including UK,” says Almela. “That includes 90% of the total number of faces in France; 85% of faces in The Netherlands; and 60% of those in the U.K., among others. And we expect to increase our database by 200,000 geolocalized faces in 2011.”

A specific feature of Trigger-One is Perimetric Affinity, a tool that analyzes the geolocation of ad structures in relation to any Points of Interest, such as banks, shopping centers, etc., or the client’s own info, such as those in the vicinity of competitors. A media plan can take these into account.

Based on the Perimetric Affinity analysis, and once all relevant info has been entered, the tool automatically generates a media proposal including the best combination of products, from multiple vendors, that fits the advertiser’s and/or agency’s previously defined marketing criteria.

Trigger offers worldwide geodemographic information and audience surveys, and since it exists on the web, can be accessed from anywhere on the globe, 24/7.

It is free to use for agencies and advertisers. For many agencies and media agencies, Trigger, on a ‘soft payment basis’, does the buying, remitting a percentage of the buy back to the client. Trigger also does the buying for several direct clients.

Search criteria are based on audience data plus GRP definition, as understood in Europe which is different from the North Amercan definition. Social demographics are not used as a selection criteria in Europe. However, Almela says that Trigger-One’s technology can be easily adapted to the needs of the North America markets.

Agencies and direct clients can easily put in pertinent information and identify the best buy for their clients in less than 10 clicks using Trigger’s media planning and buying tool.

“It allows you to do in 10 minutes what would ordinarily take three days,” says Almela. “A Power Point and Financial Excel presentation can literally be available to show in client in 10 minutes.”

A few OOH companies in Europe already hold licenses to the software – customized versions that they can retrieve at any time. In the next three or four years, Trigger hopes to introduce that route for all OOH clients, who will be able to use it with minimal training.

“When we started, we thought that the market was ready to buy a tool but we were wrong,” says Amela. “So we developed the soft payment system for agencies.”

Currently the tool is absolutely free to use for both advertising and media agencies. However, given the fact that the final client can access such a sophisticated level of information, their media agencies will be prompted to eventually buy the search tool to be able to deliver the service to their own clients. On that same note, some European advertisers are currently considering purchasing the tool for themselves to optimize their research capabilities (media, markets segmentations, Customer Intelligence, Perimetric Affinity).

Recent campaigns booked by Trigger include booking at JFK Airport for a Spanish company, and a campaign for Tourism Peru in France and Germany.

This entry was posted on Wednesday, March 30th, 2011 at 07:08 @339 and is filed under DailyDOOH Update. You can follow any responses to this entry through the RSS 2.0 feed. You can leave a response, or trackback from your own site.