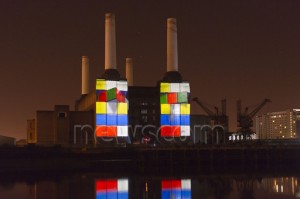 Bombay Sapphire launched the global competition in December 2010. Entrants from all over the world were asked by Bombay Sapphire to demonstrate their imagination by submitting ideas including drawings and poems, to be used as the inspiration for the Bombay Sapphire 3D spectacular projection. Facebook fans selected their favourite – from a global shortlist spanning from the UK to Australia. The lucky winner, Erjola Veliaj from Albania was the clear victor chosen by Facebook followers. 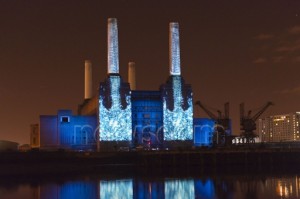 Veliaj ‘s winning concept took Battersea Power Station into a new dimension. The building was lit up in a rainbow of changing colours reflecting its bold, square lines. Spectators were then shown a cool blue world of imagination inside the building, which reflected vibrantly in the water of the Thames.

This entry was posted on Friday, June 10th, 2011 at 10:00 @458 and is filed under Scuttlebut. You can follow any responses to this entry through the RSS 2.0 feed. You can leave a response, or trackback from your own site.