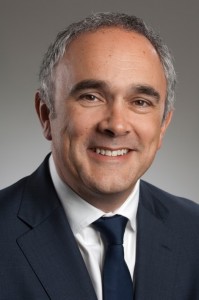 In this newly created senior role, Paul will report to Spencer Berwin, Managing Director – Sales and joins the Sales Management Board of JCDecaux.

Stacey was previously Head of Group Sales at IGN, the Fox-owned online media company. With a remit to further the level of dialogue with digital agencies, both media and creative, Stacey will work alongside James Power, Head of IDEA.

Spencer Berwin, Managing Director – Sales said, “We are mapping JCDecaux’s future to embrace the opportunities offered by new technology – from digital Outdoor and Augmented Reality to Near Field Communications. I am delighted to have Paul and Stacey onboard – their experience adds another dimension to the skill set at JCDecaux, as we approach the Olympics and beyond. As the market leaders it is important that JCDecaux continues to invest in our people and our products to keep our clients at the forefront of media innovation“.

Additionally, JCDecaux has promoted Matt Leggett to Head of Retail and Jim Cohen to Head of Rail. Both sectors have seen significant investment by JCDecaux in new digital products. David Lambert is also newly promoted to Director of Agency & Specialist Sales. The appointments follow the recent promotion of Mark Bucknell to Director of Product Planning.

This entry was posted on Monday, June 20th, 2011 at 17:29 @770 and is filed under DailyDOOH Update. You can follow any responses to this entry through the RSS 2.0 feed. You can leave a response, or trackback from your own site.