An Interview With Manolo Almagro

If you think that a traditional ad campaign is going to draw shoppers into your store and make them purchase, perhaps you should think twice. 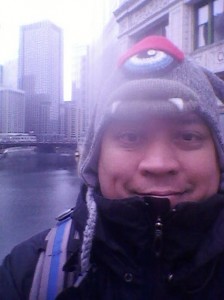 Manolo back in the windy city

Today’s shoppers are more likely to be on their connected devices before leaving home, making a list, checking out where they can get the best deals, looking for discounts and coupons before they leave the house, perhaps using a GPS in the go to find the location with the best deal, and then, once in the store, comparing prices, commenting to friends about the product and posting on Facebook and other social media, checking promotions on the store’s digital signage, using their coupons, Tweeting about what they buy, and a lot more.

That shopping behaviour is the focus of Manolo Almagro in his new role as vice-president digital shopper marketing at tpn which uses the brand promise ‘reimagine retail’. Based in Chicago, Almagro will be dealing specifically with the Chicago, Dallas and New York offices. And while this means considerable travel is likely, that’s something he’s used to, since he has been spending much of the last few years as a consultant in the Philippines, where his parents still live, while traveling back and forth to his home in Chicago – regular readers will recognize Manolo of course as one of our longtime regular and fun-loving contributors, Ed.

tpn, an Omnicom shop, bills itself as a Shopper Marketing Agency. And it must be doing something right, because, says Almagro, “It has a 90% referral rate. When a client moves to a new job, they tend to take tpn with them”. Its focus is in four areas: shopper marketing; consumer promotion, customer specific marketing, and environmental design. Among it clients are such companies as Clorox, Bank of America, Hershey’s, 7-Eleven, Kmart, ShopRite.

“Digital shopper marketing is the new hot strategy,” says Almagro. “It’s more challenging for advertisers. They saw that behavioural change on Black Friday, when people were using their mobile phones, making plans, checking which stores were offering the best deals.”

Almagro’s role is to work with all the tpn sectors, integrating all the possibilities that can influence the shopper from home all the way to the in-store experience. Having worked in the web, OOH, NFC, mobile commerce and other sectors, he has a varied background.

“I’m now in a position where I can tie it all together,” says Almagro. “I took a lot of my American experience to Asia, and then brought back a lot of knowledge to America. Asian consumers are ahead of the U.S. in the use of mobile phones, but the U.S. is catching up quickly. My role is to make sure that our clients are not only in the wave but in front of the wave.”

Almagro will continue consulting with his clients in Manila, but largely from his U.S. base now.

“My work in Asia has also given me a huge network of developers that we can use to build applications,” he says. “It’s cool that I can use my Philippines experience and talk to our clients and say ‘here’s what we should be looking at; here’s what we should try; and here’s what is coming.’ We have to educate them about the ‘digital path to purchase’ and how to reach those shoppers who are all using their smart phones and iPads and are all about saving time.”

One of the things that are taking his attention these days is Google’s mapping for store locations. Another is interaction through gesture – “a natural interaction beyond touch screens,” he says. He rather likes the interaction he sees with Akoo screens in malls. And he believes that TV is going to change and move into social TV.

“People don’t react to basic advertising anymore,” he says. “Disruptive methods are what makes them react. Advertisers can’t have tunnel vision. They must look at many different experiences. They must look at their shoppers and figure out what happens before they even go to the store.“

Asked what he’s currently working on, Almagro says, “We’re already looking at 2013. And we’re looking at a lot of integrated experiences: Facebook, mobile, social gaming, a bit of everything in the digital space, everything dealing with shopper behaviour.“

He expects to be building his staff within the next 60 days.

This entry was posted on Friday, December 23rd, 2011 at 14:23 @641 and is filed under Scuttlebut. You can follow any responses to this entry through the RSS 2.0 feed. You can leave a response, or trackback from your own site.