Have You Gone To #InfoComm12 By Default?

This week, week commencing Sunday 10th June 2012 must be the industry’s busiest ever week. Here’s a quick recap… 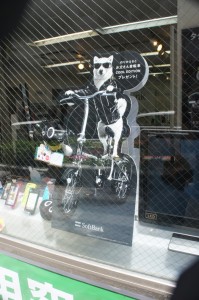 Unless we’ve missed something in our industry calendar there are no fewer than six events going on around the world related or loosely related to what we all do.

All three of those are on offer this week in the list above! This is not a snub against InfoComm which is a great trade show but it is an AV show.

We’ll be back at InfoComm next year in Orlando but this year we are happy to give Lost Wages a miss.

*We know that some folks are heading into Tokyo today after spending last week at COMPUTEX TAIPEI which took place 5th – 9th June at NANGANG Exhibition Hall at the Taipei International Convention Center (TICC).

This entry was posted on Monday, June 11th, 2012 at 02:24 @142 and is filed under DailyDOOH Update. You can follow any responses to this entry through the RSS 2.0 feed. You can leave a response, or trackback from your own site.