The Out of Home (OOH) industry today announced full year net media revenue results including the category breakdowns for 2020. 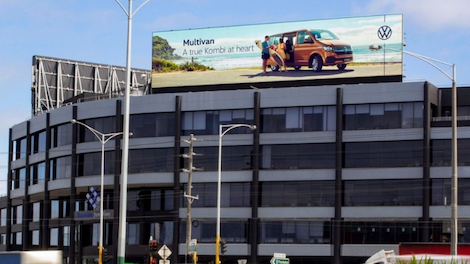 The industry saw a total decrease of 39.4 per cent on net media revenue in 2020.

Digital Out of Home (DOOH) revenue accounts for 56.1 per cent of total net media revenue year-to-date, an increase over the recorded 55.8 per cent* for the same period last year.

Melbourne Airport has appointed oOh!media for its Out of Home advertising services providing exclusive access to Melbourne’s international and domestic terminals and external signage.

Robbie Dery, oOh!’s Chief Commercial and Product Officer told us “We will work closely with the airport team to deliver a new data-driven creative approach that brings the city to the airport, with a distinctively Melbourne look and feel creating memorable moments for travellers. Our focus is on journey-based advertising opportunities across the terminals, with assets strategically positioned at key points in high impact, high dwell and premium environments to engage with passengers at specific moments along their routes. This strategy will utilise our advanced data-led solutions to deliver the most effective audience reach, as well as our technology and content capabilities to create engaging opportunities for passengers, advertisers and Melbourne Airport. Such an approach demonstrates that even in challenging times, we can work towards maximising opportunities for advertisers through our DataScience capabilities, giving brands numerous and smart ways to tell their stories, as well as building revenues for infrastructure operators. Melbourne Airport is a 24-hour aeronautical hub with no curfew restrictions, making it a highly effective commercial operation”.

In addition, the contract covers internal signage opportunities at Launceston Airport across a multi-year term, following the expiration of the prior contract in June 2020.

END_OF_DOCUMENT_TOKEN_TO_BE_REPLACED

The Out of Home Media Association Aotearoa (OOHMAA) has joined Melanoma NZ’s hugely important campaign this summer to raise awareness of melanoma and how easily it can hide in plain sight.

For the past few weeks Melanoma NZ and campaign supporters including OOHMAA members, oOh!Media, JCDecaux, QMS, Media5, Ad-Vantage and Bekon, Lotto Powerball, No Ugly, L&P and MetService have used out of home advertising to show just how easy it can be to miss a new or changing spot.

END_OF_DOCUMENT_TOKEN_TO_BE_REPLACED

In the UK Alight Media is celebrating the arrival of its 250th digital screen after significant expansion over the last 12 months. The move to 250 digital screens was achieved with the switch-on of Alight’s brand new digital 48 sheet on Queen’s Road, Sheffield. 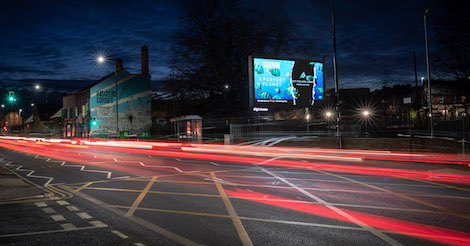 Matthew Dearden, Founder and CEO, Alight Media, told us “I am incredibly proud of the transformation our company has undergone in such a short space of time, particularly against the backdrop of the pandemic, and it is credit to the team that we are able to support clients with the opportunity to engage with an audience of 12 million adults every two weeks. We continue to deliver on our growth promises to bring truly national coverage to advertisers, with a best-in-class screen offering when it comes to locations as well as tech. This milestone is just the beginning as we look forward to brighter times in 2021 and beyond.”

Alight Media will continue its high growth rollout of D48, D6 and classic 6 out-of-home sites throughout 2021. The business currently has over 1,450 sites across 90+ UK towns.

Pikasso Jordan has won the contract to operate the exclusive advertising concession for Souq Bab Al Madinah Mall located in Zarqa (this is 31km Northeast of Amman).

Zarqa is the third largest city of Jordan constituting a conurbation with Russeifa counting a total of 1,545,100 inhabitants. Zarqa has a very active city center and acts as Jordan’s Industrial hub with 50% active factories. Moreover, it has two famous universities: Zarqa University & The Hashemite University.

Souq Bab Al Madinah will be the new landmark and destination for Zarqa & Russeifa residents and visitors. It consists of a built up area of 120,000 m2 with a GLA of 41,000 m2. It includes 358 retail stores, 33 Indoor and Outdoor restaurants and cafes offering an exquisite dining experience within a space designed with open air features.

END_OF_DOCUMENT_TOKEN_TO_BE_REPLACED

STRATACACHE today announced the purchase of a 100,000 square foot facility in Lisle, Illinois (Chicago), which we are told will house new research and support teams for the digital signage, intelligent display and sensor systems company.

The Chicago location marks the third facility STRATACACHE has acquired in the past year, in order to support the growing global clientele of the STRATACACHE family of companies, adding several hundred highly technical jobs to the US market.

END_OF_DOCUMENT_TOKEN_TO_BE_REPLACED

(New) Chief Executive Officer, Cathy O’Connor told us “The unprecedented restrictions on people movement and resulting audience decline impacted Out of Home more severely than other media segments. In response, oOh! acted quickly and decisively to maintain and strengthen our competitive position.  That included a $167 million equity raising, refinancing of debt facilities, negotiation with property partners to deliver $63 million in net fixed rent savings, capital expenditure reduction of $49 million and operational cost savings of $16 million (excluding JobKeeper). In the meantime, the Company adapted and refined our offer to advertisers, leveraging the strength of our suburban and regional network.  The Company also continued to invest in our network assets, including key digital sites such as Military Road in Mosman. The Company remains focused on margin growth through the recovery cycle by achieving rent reductions beyond 2020, delivering structural cost savings approaching $10m annual run rate achieved at the end of CY20 and remaining disciplined on capital expenditure. As a result, oOh! has strengthened its capacity to manage in the current environment while remaining well positioned to leverage the audience and revenue recovery already evident across our key formats.”

In a challenging year for the Out of Home segment due to the COVID-19 pandemic, oOh! reinforced its market leading position by increasing its market share in Australia and New Zealand.  Additionally it implemented a series of measures to strengthen its financial position and reduce its cost and capital expenditure base by over $120 million.

As a result, oOh! remains well placed to leverage the strong audience and revenue recovery experienced in the final quarter of 2020 and in early 2021, particularly in its key formats of Road, Retail and Street Furniture, while capitalising on the longer term structural growth opportunities in Out of Home.

Impact of Accounting Standard AASB16/ oOh!’s financial results in the Annual Financial Report are presented in accordance with the leasing standard AASB16.  Full details of the result after the application of the AASB16 standard are contained in the Operating and Financial Review within the Directors’ Report and should be read in conjunction with this announcement.

The first in the World Out of Home Organization’s 2021 webinar calendar will be ‘Recovery and Opportunity’ with industry expert Mark Boidman. 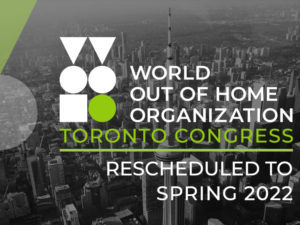 Mark Boidman needs no introduction to industry stalwarts, he is Managing Director/Head of Marketing & Media Tech Services at New York investment bank PJ Solomon. He is an acknowledged industry expert, specialising in M&A and strategic activity.

Mark told us “This is a great opportunity to bring WOO members up to date on Out of Home industry prospects as we see them in what will, initially, be a challenging year but one full of opportunity. One of the benefits of the new Zoom era is the ability to communicate more regularly and I look forward to hearing the views of WOO members as well as sharing my own.”

We understand that WOO plans to hold these every two months throughout 2021. The webinars are part of an ambitious WOO programme which also includes regular monthly calls with members, quarterly calls with national associations and three regional Congresses covering Europe, Asia and, in Q1 of 2022, Africa.

News in over the weekend was that Posterscope UK MD Glenn Wilson was let go late last week.

In October 2020 he took over from Stephen Whyte.

Glenn was a near 30 year veteran at the company.

Starin has appointed Bobby Swartz to the position of Chief Executive Officer.

He has been with Starin for over 13 years, and was named a Commercial Integrator 40 under 40 in 2018. He has been instrumental in the successful development of new brands and technologies into the channel, as well as managing the Zoom ecosystem of products to the channel.

He was quoted as saying “My entire career has been focused on service to our partners at every stage. As CEO of Starin, it is my goal to make sure we as a company, lead our industry with a mindset of care and service to each of our partners, customers, and connections”.

Bill Pak will maintain his role as Chief Operating Officer. He has been with Starin for 23 years holding progressive leadership roles in sales, finance, and operations, playing essential roles in taking Starin from a small rep firm, to one of the Nation’s leading value-add AV Distributors.

Headquartered in Chesterton, Indiana, Starin, a Midwich Group company, operates in two main segments. Its pro AV business provides value add distribution services on behalf of manufacturers to the trade market in the US, including products from brands such as Poly, Logitech, DTEN, LG, Barco and more. Starin has also pioneered the ZoomRooms’ ‘Outfitting’ model, allowing it to support Certified Zoom Integrators with a complete eco-system of hardware components which are optimized to work with Zoom’s video conferencing software.