Porco & Ketcham Team Up At @ImpaxMedia

Dominick Porco, who joined Impax Media in December, 2015, as chairman, has been named CEO and chairman, and Bill Ketcham, who was consulting for Impax in the same time frame, has joined Impax today as chief marketing officer. 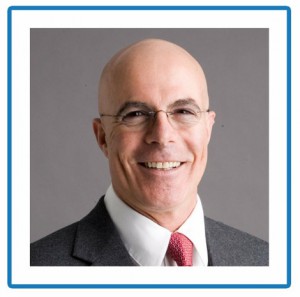 Montreal-based Impax Media offers a Digital Media Gate that is an innovation for retailers, media buyers and advertisers.

The gates are mounted near checkout counters displaying branded ad content and customized messaging that shoppers can watch while waiting at the checkout. When lowered, the monitors block access to closed checkout lanes.

Porco and Ketcham had worked well together as a strong team at Adspace Digital Mall Network until Porco, at that time chairman and CEO, left the company in January, 2015, and Ketcham, executive vice-president/chief marketing officer was on Adspace staff until last fall when he became a consultant for Adspace and others. 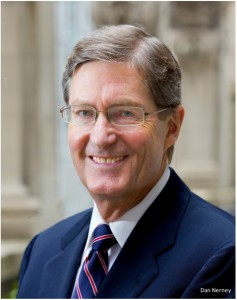 “I’ll be putting 95% of my energy on the US market,” Porco said during exclusive interviews by DailyDOOH with Porco and Ketcham.

“Lesley Conway, executive vice-president and general manager, has the Canadian market well in hand, adding stores across Canada, so my focus will be on the US where I can best use my contacts, knowledge of and background in the food marketing industry.”

Prior to Adspace, which he developed to one of the largest DOOH networks in the US with over 3,600 screens covering over 72% of the U.S. population and 98% of all digital screens in malls, Porco waspresident of News America Marketing, the in-store advertising division of News Corp Ltd..

Porco can also be considered one of the true pioneers in the digital out-of-home/digital place-based media industries. 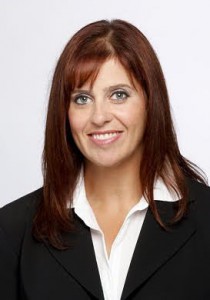 “While other retailers could use Impax Media Gates, we have decided to concentrate on the supermarkets and large grocers at this time,” said Porco. “Along with advertising, the gates carry news, sports, entertainment, and grocers can add information on in-store sales, promotions and events.

“Advertisers will have on-location measurement details with traffic counts and studies re demographics, dwell time, proof-of-performance and more. We’ve decided to forego the gates’ abilities to target individual shoppers, at least for now, because supermarkets can have so many people moving in an aisle at a time that it just didn’t seem practical to try to target specific individuals. Our concentration at this time is to get the supermarkets contracted and have the gates installed to benefit the stores, customers and advertisers.”

Ketcham’s background prior to Adspace was also in the food business, holding senior brand management and marketing roles with PepsiCo, ESPN and General Foods. Immediately before joining Adspace, he had been vice-president, global brand development, at PepsiCo.

“I’ll be handling brand development, positioning, sales support, as well as all programming and content,” said Ketcham. “I’ll be collaborating with Porco and with Conway, who is doing a great job in Canada. We’re seeing how Impax makes grocery customers much more engaged. It’s a great product for advertisers.”

When Shmuel Gniwisch, Impax owner and president, first launched Impax in mid-2015, one of the company’s difficulties was that he had only one manufacturer producing the gates, but that problem has long been solved, with several North American manufacturers now building them, and external manufacturers likely to be signed to keep up with the expected US demand.

Gniwisch is located in Montreal headquarters; Conway is in Toronto; Porco and Ketcham are located in New York but traveling regularly to Canada as required.

This entry was posted on Tuesday, March 1st, 2016 at 14:00 @625 and is filed under DailyDOOH Update. You can follow any responses to this entry through the RSS 2.0 feed. You can leave a response, or trackback from your own site.