Titan Worldwide, New York, has hired Frank Sandusky, a former key executive of Transportation Displays Inc., as vice-president and general manager of its Southern California region, based in Los Angeles. 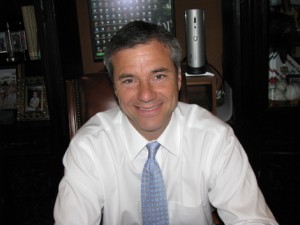 Sandusky will be responsible for all aspects of its Orange County Transportation Authority and Los Angeles Department of Transportation Bus business in Southern California, as well as overseeing ship-out sales from the region to all other Titan markets.

At TDI, Sandusky was Southern California general manager. After TDI became CBS Outdoor, he continued to work at CBS as a manager and then consultant until Feb./03. He then joined National Outdoor and managed its Campus and Street Telephone Kiosk business. Recently, he founded Outdoor Media Advisors, which was an out-of-home media buying service which he built into a significant venture.

Titan, the largest transit advertising company in the U.S., and one of the largest Out-of-Home companies worldwide, operates the OCTA and LADOT advertising contracts giving it unrivalled media in the Los Angeles and Orange County markets.

This entry was posted on Wednesday, June 17th, 2009 at 10:47 @491 and is filed under Scuttlebut. You can follow any responses to this entry through the RSS 2.0 feed. You can leave a response, or trackback from your own site.