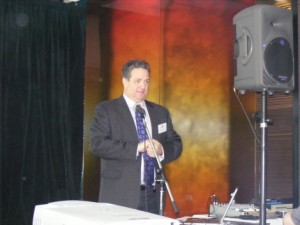 The event pulled an enthusiastic audience of close to 65, about half of whom were from advertising agencies – the aim of CODACAN in building awareness of the digital out-of-home industry and what it offers at the agency level. 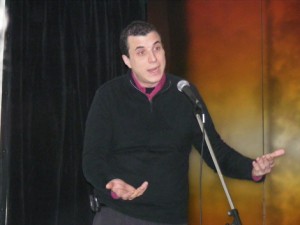 Cotterill led off the presentations, followed by Turgeon who gave an interesting case study of Loto-Québec’s implementation of DOOH by the para-public company, and then by Archambault who gave a talk that came across – to this listener, at least – as a negative perception of the DOOH industry by media planners.

Judging by the latter, the DOOH industry has a major job to do in terms of education at the agency level.

We’ll be posting separate articles on Turgeon’s and Archambault’s views over the next few days.

This entry was posted on Thursday, February 11th, 2010 at 18:45 @823 and is filed under DailyDOOH Update. You can follow any responses to this entry through the RSS 2.0 feed. You can leave a response, or trackback from your own site.