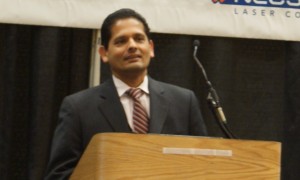 We will round up the summit a bit more tomorrow (Tuesday), but a couple of things he said caught our attention which we don’t think have been said publicly before…

The main thrust of the presentation was LPD’s green credentials, both from a materials and manufacturing perspective, and also the costs associated with running it during its lifetime (including their Eco calculator which we investigated previously).

This entry was posted on Tuesday, June 8th, 2010 at 01:47 @116 and is filed under Scuttlebut. You can follow any responses to this entry through the RSS 2.0 feed. You can leave a response, or trackback from your own site.