In the UK, City Gateway Media were we think the first to integrate Sky News into their digital billboards back in September 2008, closely followed by JCDecaux and then Clear Channel. We are not talking tickers here, but whole page news feeds like that shown below. 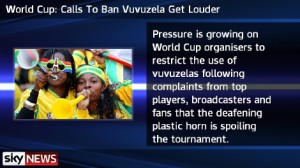 What used to be a cumbersome integration exercise and worse, something that needed to be negotiated with techies and then Sky contractually was made easier when signagelive first made their Sky News Media RSS Feed available.

That feed has now been upgraded to the latest Sky News HD rebranded graphics as shown here. When added to a signagelive network, every player that has been subscribed to each of the available feeds will automatically update throughout the day to reflect changes as they happen.

It’s obviously a perfect service for UK customers looking to add quality dynamic news content to their screen networks to capture and retain customer attention. Jason Cremins told us “In addition to Digital Out Of Home Networks, the service is gaining considerable interest from Corporate and Education customers who what to include Sky News content without the costs associated with traditional Satellite and TV subscriptions”.

Sky News Media RSS feeds are available in a number of packages and the suggested end user price is GBP 200.00 per package per annum.

This entry was posted on Tuesday, June 15th, 2010 at 17:52 @786 and is filed under Scuttlebut. You can follow any responses to this entry through the RSS 2.0 feed. You can leave a response, or trackback from your own site.