Magenta Research continues re-shaping its organisation, this time announcing the promotion of Rob Muddiman to Director of International Sales. In this new role, Muddiman will be tasked with the expansion of Magenta’s business globally. 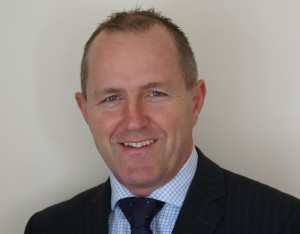 Muddiman initially joined Magenta in April 2009 as the European Manager where he, according to the company, significantly grew the European business each year, successfully expanding Magenta’s reach into the region. Prior to joining Magenta, he spent several years as General Manager for a Pan European team at Sony covering display, data storage, printer and retail/AV products. His 19 years of professional experience encompasses OEM, B2B and B2C channels, including two years at Mitsubishi, as well as seven years design experience. He is also a qualified Electronic Engineer.

“Rob has proven to be a key part of Magenta’s success, and this promotion is a result of his ability to think strategically on a global scale,” says Keith Mortensen, CEO of Magenta Research.  “He has earned the respect of his peers, partners and colleagues and I am confident he will continue to make significant contributions to the company in this new role.”

This entry was posted on Wednesday, December 8th, 2010 at 02:06 @129 and is filed under Scuttlebut. You can follow any responses to this entry through the RSS 2.0 feed. You can leave a response, or trackback from your own site.