A new term is being introduced to the marketing and advertising vocabulary, ‘Gladvertising’ – gladvertising is a way of advertising based on emotion recognition software (ERS) and cameras to detect whether consumers are happy, tailoring adverts to their mood. 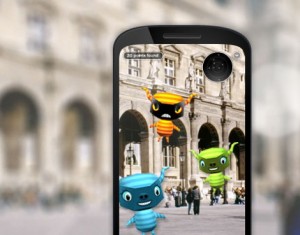 The Centre for Future Studies has carried out a report, called ‘Up Front and Personal’ and commissioned by digital advertising company 3MGTG, in which it predicts an advertising revolution taking place over the next 12 months.

It says that 3D outdoor adverts that talk to mobile phones, adapt messages to certain situations, access social network profiles and combine holograms, mood lighting and smells, could all be on our streets by 2012.

Daniel Steinbichler, Chief Executive, 3M|GTG, said: “Steven Spielberg got it wrong.  We are working on Minority Report-style technology that will be with us by 2015 – not 2054.  Plus it will be more advanced than the director ever imagined.  Instead of just recognising consumers by name – as in the film – technology, such as gladvertising, will allow brands to offer interactive experiences.”

Unlike many new technologies which take time to bed in, experts believe consumers are ready to embrace these new technologies after adopting 3DTVs, touch screens (iPhone), gesture controls (Kinect) and augmented reality (Layar).

The report, based on 21 in-depth interviews with the world’s leading technologists, advertisers and media businesses, concluded a totally new form of advertising, dubbed ‘Gladvertising’ by the report authors, will be one of the first innovations to arrive.

Gladvertising uses a face-tracking algorithm to match movements of the eyes and mouth to six expression patterns corresponding to happiness, anger, sadness, fear, surprise and disgust.  This allows marketers to influence consumers with tailored adverts.  For example, if the system identifies unhappy consumers walking towards a billboard, adverts for chocolate and sun drenched holidays might be displayed.

The digital-out-of-home innovations consumers will be interacting with by 2015, include:

Steinbichler said, “We commissioned the report to highlight the advanced technology just around the corner and the applications which will take digital-out-of-home to the next level.  At 3MGTG  we are investing heavily to make the science fiction of Minority Report a reality, offering consumers immersive brand experiences they’ll never forget.  We will bring the innovations outlined in the report to the high street within the next four years.”

This entry was posted on Thursday, March 3rd, 2011 at 14:59 @666 and is filed under DailyDOOH Update. You can follow any responses to this entry through the RSS 2.0 feed. You can leave a response, or trackback from your own site.