… Being the adventures of a young man … who couldn’t resist pretty girls … or a bit of the old ultra-gossip … went to jail for libel, was re-conditioned … and came out a different young man … or was he? … 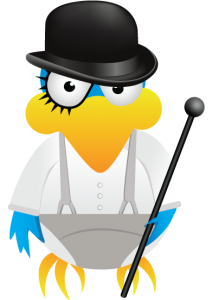 There was me, that is Reggie, and my three droogs, that is Adrian, Andrew and Russ and we sat in the Korova Milkbar trying to make up our rassoodocks what to do with the evening.

The Korova milkbar had some cal screenie-weenies but it sold milk-plus, milk plus vellocet or synthemesc or drencrom, which is what we were drinking. This would sharpen you up and make you ready for a bit of the old ultra-gossip.

Strack, the zvook from la butt sex was real fagged, what they really needed was some of the toxic avixa but it was there in the world milkbar that we came across oddy-knocky Tom Rugmuncher – what a shoot!

Ho, ho, ho! Well if it isn’t fat stinking billy goat Tom Rugmuncher in poison! How art thou, thou globby bottle of cheap stinking chip oil? Come and get one in the yarbles, if ya have any yarbles, ya eunuch jelly thou!

In Slimelight the Kaleidovison purred away real horrorshow – a nice, warm, vibraty feeling all through your guttiwuts. Soon though, it was getting light and we fillied around for a while with other revellers of the night.

After we had done the old rabbit blog, that was a real kick, and good for laughs, what we needed now, to give it the perfect ending, was a little of the Ludwig Van.

This entry was posted on Monday, October 31st, 2022 at 14:15 @635 and is filed under Scuttlebut. You can follow any responses to this entry through the RSS 2.0 feed. You can leave a response, or trackback from your own site.

One Response to “Appy-polly-loggies It’s A Clockwork DailyDOOH”