We told the world back on 13th October 2011 but Magenta Research, once the recognised leader in signal extension, distribution and switching, has now (finally) officially announced that they have appointed said Frenchman to the position of Business Development Manager for France. 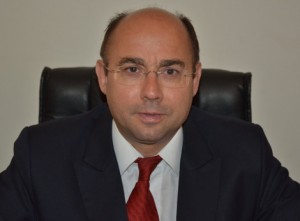 I really ought to update my LinkedIn profile

The official press release states that Destombes (most recently serving as the France/Belgium Country Manager for Minicom Advanced Systems) will play a key role in implementing Magenta’s growth strategy in the region and will focus on building relationships with new and existing customers and channel partners.

International Sales Director Rob Muddiman said “We are very excited to have Thierry on board. His impressive background and extensive experience in the channel — combined with our innovative connectivity solutions — will further solidify Magenta’s foothold in the region.”

Magenta continue to refuse to answer the question “Has Magenta’s Keith Mortensen Retired?” but are happy it seems to send out press releases months after folks officially come on board. Who exactly advises these people?

This entry was posted on Monday, November 28th, 2011 at 10:49 @492 and is filed under Jobs. You can follow any responses to this entry through the RSS 2.0 feed. You can leave a response, or trackback from your own site.