In an interesting turnaround, news reached us over the weekend that TSG Media is now most likely to be acquired by Imagesound. 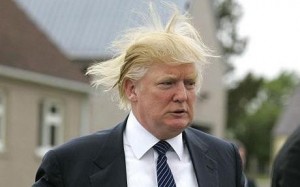 Lorne, do you know when you've been Trumped?

‘Mood Media To Acquire TSG Media?’ we wrote back on March 8th but as that rumoured deal seemed to take an absolute age to ever be announced we had initially thought Mood’s acquisition of DMX in North America (March 20th) had swallowed up all their time and / or just made them lose interest.

Now we know though that it is almost certainly a rival bid from Imagesound that has trumped them. For Imagesound this is a good acquisition as there is a lot of synergy between the two music companies.

TSG Media’s customer mix is 80% leisure and 20% retail whereas Imagesound’s is pretty much the reverse (80% retail versus 20% leisure) so some would say that it was a perfect match.

Mind you, as we have written before, a lot of TSG Media staff are seemingly not sticking around to wait for either acquisition.

We noticed today that Jo Logan who was an account director at TSG Media before her recent departure (and if you were going to hire any one ‘sales person’ in the UK music industry Jo would be your choice) has setup her own business, Global Screen Media Ltd with two other ex-TSG’ers, Philippe Stevenson and Alan Tyers.

This entry was posted on Monday, April 30th, 2012 at 10:28 @478 and is filed under DailyDOOH Update. You can follow any responses to this entry through the RSS 2.0 feed. You can leave a response, or trackback from your own site.

One Response to “Mood Media Trumped By Imagesound”