Panasonic To Launch Their Own Software Solution (Again)

Our first rumour and piece of gossip from #dsj2012 is that having effectively ditched NMStage a year or so ago (at least no new software development has been done with it for at least two years), Panasonic Digital Communications (PDC) are all set to shortly announce another newly developed piece of digital signage software. 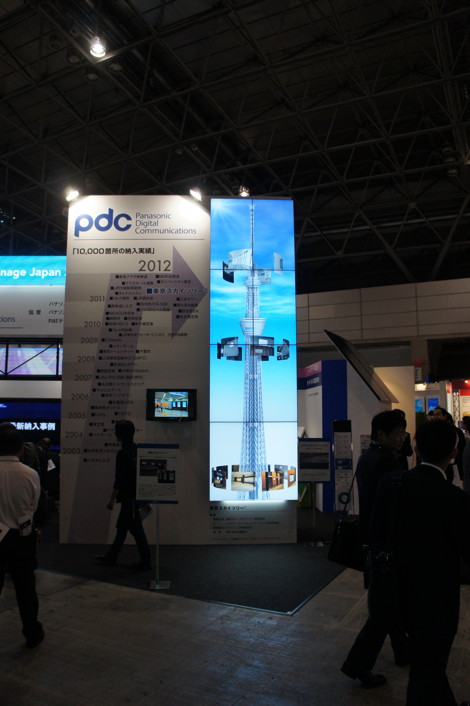 Also, not surprising given that we told you PDC had won all of the screen business for the recently opened Tokyo Skytree that their stand was full of images from said super structure.

The Tokyo Skytree is the tallest tower in the world and the second tallest structure in the world after Burj Khalifa in Dubai – we didn’t a chance to go up it this week as it’s booked solid until end of July but just being near it you can see what an amazing structure it is.

This entry was posted on Wednesday, June 13th, 2012 at 03:57 @206 and is filed under DailyDOOH Update. You can follow any responses to this entry through the RSS 2.0 feed. You can leave a response, or trackback from your own site.