Scala Inc. was allowed to announce today that its software is powering the digital menu boards and a live Twitter Ticker at Ben & Jerry’s recently opened flagship store in Tokyo. 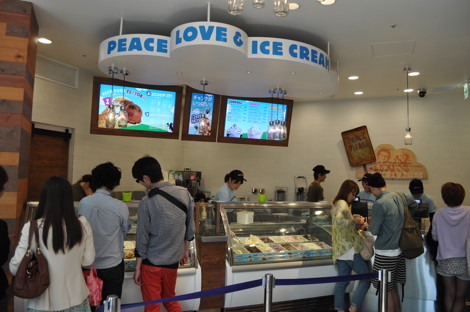 These digital menu boards in the Tokyo store – in both Japanese and English – mark the first time Ben & Jerry’s has used digital signage in any of its worldwide locations.

There’s also a ‘Twitter Ticker’ that allows the store to drive more positive engagement with customers via social media.

This entry was posted on Monday, June 18th, 2012 at 13:46 @615 and is filed under DailyDOOH Update. You can follow any responses to this entry through the RSS 2.0 feed. You can leave a response, or trackback from your own site.