October seems to have been incredibly busy for everyone we know and it seems that ahead of all of next week’s events in New York, the industry is in very good health. Tomorrow (Saturday) sees most of our team fly out to New York in preparation for New York Digital Signage Week (the rest of the team join us on Monday). 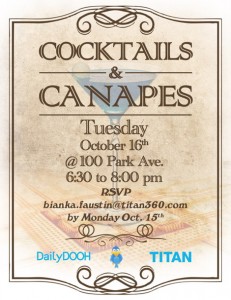 There’s a lot happening next week and here’s a day by day list of events to date: –

There are a number of other events happening, including a number of breakfast events which we will be able to report on shortly. Either way, we hope to see hundreds of you in New York City next week!

This entry was posted on Friday, October 12th, 2012 at 16:23 @724 and is filed under Scuttlebut. You can follow any responses to this entry through the RSS 2.0 feed. You can leave a response, or trackback from your own site.