Adrian was kind enough to let me – “an American” write the follow up post on Pixman’s latest gimmick – i.e.’Together Let’s Welcome Obama‘ 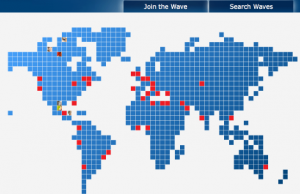 Objectively – I took a close look at the technical elements of the this promotion. Pixman setup a web-site that asks you to make your own videos and upload them to a website, then – these posted videos become searchable and are geo-tagged so that they show up in position (automatically) on of the map of the world. Nothing new here – its similar to what Flickr did in 2008 and YouTube/Google Earth in 2007.

But here’s the ‘twist’ PIXMAN will magically deliver the best videos (as judged by PIXMAN) to the President Elect – (or if its after 20 Jan -it’s then, Mr. President) Perhaps they plan on showing these greetings on their nomadic media platform? Good luck getting close to him, they’re planning on locking down the Capital that day, heck-they won’t even let people have umbrellas due to the security risks. 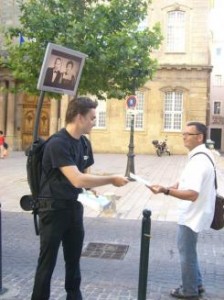 As much as I wanted to like this campaign, I struggled with a few things:

On the lighter side, there are some really funny videos on the site, and – admittedly its worth a look – and I’m very curious to see just how viral this site will get in the weeks ramping up to Inauguration Day.

This entry was posted on Wednesday, January 14th, 2009 at 07:01 @334 and is filed under DailyDOOH Update. You can follow any responses to this entry through the RSS 2.0 feed. You can leave a response, or trackback from your own site.