In the first of a two part series, Digital Signage Media Analyst Nurlan Urazbaev  and  editor,  Digitalsignagepulse.com writes here on the Seven Hurdles to Success:  What Will It Take for Digital Signage To Break Into the Mainstream Media? . 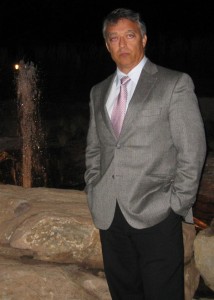 He (Nurlan) writes .. in the past few years the digital signage/DOOH industry has achieved several critical milestones and overcome many of the barriers on its way to becoming part of mainstream media.

But we’re not there yet. And how soon we get there depends on when the remaining obstacles to growth can be cleared. I believe that there are seven major stumbling blocks to be turned into stepping stones and today I look at hurdles one, two and three…

Later in the week (in part two) I look at the; ‘Aggravation of aggregation’, ‘Audience and ROI measurement: no industry-wide solution yet’, ‘Media currencies: advertisers will pay-per-what?’ and ‘Is content really King or is it the Emperor who has no clothes?’

This entry was posted on Tuesday, October 2nd, 2012 at 22:08 @964 and is filed under DailyDOOH Update. You can follow any responses to this entry through the RSS 2.0 feed. You can leave a response, or trackback from your own site.

3 Responses to “Seven Hurdles to Success (One, Two, Three)”