Mood Media Wednesday announced that it was to sell its retail point-of-purchases assets to Somerset Group, Ltd., a subsidiary of Allegro Corporation, dba Allegro Media Group. 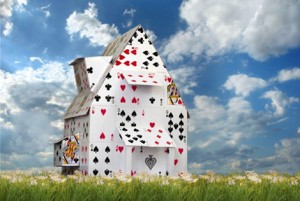 In the press release, whilst Allegro Corporation was described as. we quote “one of the premier independent media companies in North America with a leading catalog of music and video titles across a broad range of genres” they look to us at least, rather like a small company.

We can’t think that they (Mood) got any real money for the deal as they didn’t quote a deal price (and we’d assume that legally they should if it was a ‘Material’ transaction).

Mood have an earnings call Thursday and we bet that ‘pan pipes’ wil feature heavily on the call itself.

This entry was posted on Wednesday, May 8th, 2013 at 21:17 @928 and is filed under DailyDOOH Update. You can follow any responses to this entry through the RSS 2.0 feed. You can leave a response, or trackback from your own site.