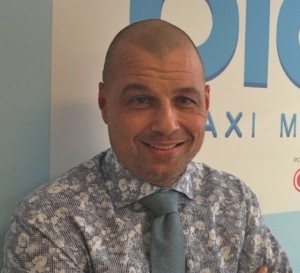 Chimienti is responsible for providing support, insight and leadership across all sales-related activities, particularly as the company continues to expand and evolve its product offerings. His expertise is considered an ideal fit for his new role with Play.

Zac Killam, president and CEO, Play Taxi Media, says, “Frank has led a tremendous career and comes armed with an impressive record of successes on a myriad of advertising landscapes, most notably digital networks. We look forward to his impact in further shaping Play’s sales growth.”

Chimienti’s digital sales experience includes a successful role with the National Cinema Network, which led to a six-year role with Onestop where he significantly increased sales, established long-term brand partnerships, and worked with the organization through its sale to Pattison, where he continued to lead sales for the Pattison Onestop suite of products.

“It was my desire to seek out an opportunity that mirrored my Onestop experience and I’ve found it here at Play,” says Chimienti.

Play Taxi Media is a Canadian-based media company that has operated since 2008, offering interactive and measurable digital media solutions for Out-of-Home and Mobile advertising. By combining the most effective elements of OOH, Online / Digital Advertising and Experiential marketing, Play’s platform delivers direct ROI results with the ability to track every consumer interaction on the network. Play’s network of touch screens is installed in metropolitan taxi cabs across Canada and broadcasts entertaining content, news and advertising to a hard-to-reach, affluent and active consumer base 24 hours a day.

This entry was posted on Friday, December 13th, 2013 at 10:00 @458 and is filed under Scuttlebut. You can follow any responses to this entry through the RSS 2.0 feed. You can leave a response, or trackback from your own site.