Here’s our first sighting – and probably the world’s Ed, of the new Waterloo motion screen. 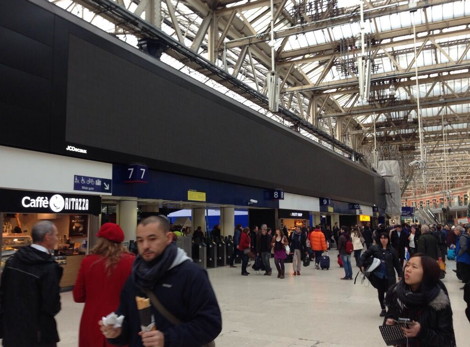 It’s a monster! The giant LED, originally scheduled to go live in September looks like it is now (almost) ready to be be launched in early 2014.

This entry was posted on Wednesday, December 18th, 2013 at 13:10 @590 and is filed under DailyDOOH Update. You can follow any responses to this entry through the RSS 2.0 feed. You can leave a response, or trackback from your own site.