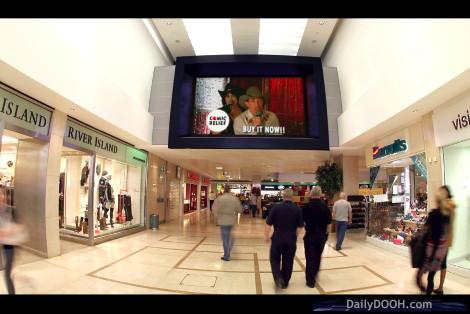 Avanti Screenmedia have been great supporters of charitable causes and it’s fantastic to see them promoting the single ‘Barry’ Islands in the Stream (let’s just say that this is a ‘version’ of the Bee Gees written classic) for the UK’s Comic Relief this Friday.

Vicci Moyles, Marketing & Media Co-ordinator for Comic Relief told us “We were looking for an engaging medium that could raise awareness of the Red Nose Day single to a wide audience whilst they were out and about. We thank Avanti for donating their airtime and acting so quickly in getting the message out there before the big weekend”.

Avanti is broadcasting the advert across its digital screen network in 35 of its Shopping Centres including Bluewater and will reach 3.5 million shoppers before Saturday.

This entry was posted on Tuesday, March 10th, 2009 at 18:17 @803 and is filed under DailyDOOH Update. You can follow any responses to this entry through the RSS 2.0 feed. You can leave a response, or trackback from your own site.