John Moran has joined Adspace Digital Mall Network, the largest Nielsen-measured digital place-based video network in the U.S., as vice-president of national sales, based in Detroit. 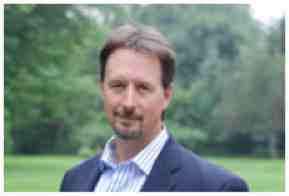 During his 27-year career in the media industry, Moran’s experience has included radio, network cable, and, recently, spot television sales for Scripps at the ABC affiliate WXYZ in Detroit.

“With the ongoing changes to how video content is distributed and consumed across multiple screens, advertisers are looking for innovative ways to reach busy consumers,” says Moran. ”In an increasingly digital media environment, where engagement is the key metric, digital video platforms like Adspace, which reaches nearly 50 million people per month, can offer compelling solutions for clients.”

This entry was posted on Friday, March 28th, 2014 at 14:15 @635 and is filed under Scuttlebut. You can follow any responses to this entry through the RSS 2.0 feed. You can leave a response, or trackback from your own site.