When you talk to some people, you just get a feeling when they really enjoy their job and having fun with it. 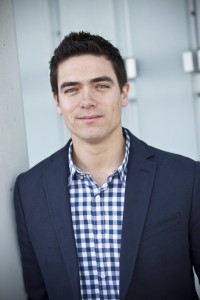 Dallimore joined Lamar nine years ago from a position as director of marketing with a Triple A baseball team and initially worked in national sales for all Lamar out-of-home properties.

“After a couple of years, I said that we should have someone focusing especially on digital out-of-home, in part because of the need for educating agency, advertisers and brands,” says Dallimore, who had talked himself right into that job.

“At that time, we had less than 200 digital screens in the US, Canada and Puerto Rico combined,” he says. “Today, we have 2,020 screens in the three countries, including in most of the top 50 US markets – and more are coming on almost every week. We also now have a staff of 10 employees dedicated specifically to DOOH.”

Lamar’s digital products are almost exclusively large format outdoor billboards on highways and major arteries leading into cities, either 10’ x 20’ standard digital or digital bulletins ranging from 14’ x 48’ to 20’ x 60’. However, it has recently introduced 10’ x 10’ boards, putting 17 of them into the Chicago market, mainly onto building walls.

“We’re putting them in heavy traffic areas where, eg, there’s a lot of nightclubs and other nightlife,” says Dallimore.

Lamar is also expanding its digital footprint into new markets such as Boston and Philadelphia.

Dallimore says that Lamar is wise when it comes to investments. It is a 114-year-old company and has the money to acquire where makes sense.

“It’s an old perception that we are mainly in the southern states,” he says. “We’re definitely national, as is 25% of our advertising. Right now one of our interesting advertising is in the top 10 DMAs for Fox Broadcasting, on behalf of the program Gracepoint. People are asked to vote on an aspect of the show from their mobile device and can see the voting numbers change on the billboard. It really engages the consumers.

“Another interesting campaign is for ESPN for NBA and Monday Night Live. It shows scores in real time as they happen. Both Fox and ESPN have been with us from the beginning, and it’s been fun to watch them evolve with their changing creative. Some of the stuff they do is off the wall cool!

“Other big advertisers are Red Wing Boots and Toro Snowblowers. They’re breaking the mold in their buy, with ads only showing when certain weather conditions apply. And McDonald’s has done a great job, not only with its revolving menu boards but also with great creative changing with the weather and user-generated creative and live Twitter.

“We’re now seeing Target with its Essentials line looking cool in 2015. In fact, it is already doing some advertising for the holidays and for Black Friday.”

We asked Dallimore his views on whether, as some people have suggested all digital signage should have a mobile component.

“I think a lot of people are trying to force technology. Every brand may not need mobile. I love technology, but clean creative can be better than tying in. But we do tie in mobile, like with the Fox campaign for Gracepoint, where it really engages the consumer. We’ve also used other technology such as Blue Bite’s Mtags on Lamar’s static bus shelters. And we’ve used geosensing. They can all be interesting.”

We also asked Dallimore about Lamar’s venture into digital advertising on the sides of buses, as it tried a few years ago in British Columbia, and his views about digital signage inside moving vehicles.

“Yes, we played with digital on bus sides. But I think digital on or in moving vehicles is still in its infancy. When digital technology is more advanced, and allows GPS, and especially when the cost goes down, it will be interesting.

“My perspective is that outdoor gives a clean message. It can be used to allow consumers to get augmented reality or coupons or QR codes if used effectively.

“We were the first to add geofencing with mobile, though. It was for Under Armour and involved clicks. We were able to track the numbers. It was really about customer engagement.”

With all his responsibilities, we asked Dallimore his thoughts about big data.

“Everybody talks about data,” he says. “I wish as an industry everyone would get together. I like the idea of using data, not to sell, but to give the consumer better branded creative.”

Lamar uses its own proprietary software for content management.

As for the future, Dallimore sees more and more cities embracing digital out-of-home.

“When they see how it can be used with Amber alerts, with emergency messages, to help the FBI, and so forth, I think that they will want it,” he says.

“As for Lamar over the next year, we’ll continue to roll out on our own or through acquisitions.”

And, by the sound of it, we could be seeing a lot of digital ads on Lamar screens by Target.

This entry was posted on Monday, November 10th, 2014 at 13:05 @587 and is filed under DailyDOOH Update. You can follow any responses to this entry through the RSS 2.0 feed. You can leave a response, or trackback from your own site.