The three-day event opened on Tuesday May 5th at the ‘ Messe Essen’, in Essen, Germany.

According to Jens Schindler, Managing Director of show organisers hf media & events ”This year, we are expecting the same number of visitors to the fair as last year. The more than 150 exhibitors include companies operating at an international level, such as 42 media group, Deutsche Telekom, Epson, Hyundai, IBM and partners, Narcomm, NEC, Oki, Scala, Seen Media, Sharp, Videro and Wincor Nixdorf. Sponsors are Friendlyway, Hughes, Impuls TV, Provisio, Star Micronics and Werkstation” 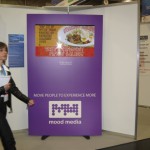 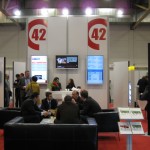 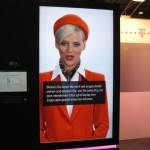 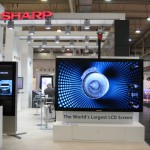 The most striking difference at first glance is the clear demarcation between the two events which was an issue (that we commented on) for several exhibitors last year.

Walking around this afternoon was comfortable, busy, but far from crowded. According to several exhibitors that I talked to, today was OK, but yesterday, the opening day was quite calm.

The general opinion was that its not as busy as last year, but let´s wait and see what the figures are. The Kiosk side seemed to be a bit busier while I was there, so its going to be difficult to get clear figures on the DS side, as the entrance is common to both events.

I´ll have more to report after the show

This entry was posted on Wednesday, May 6th, 2009 at 18:30 @812 and is filed under Scuttlebut. You can follow any responses to this entry through the RSS 2.0 feed. You can leave a response, or trackback from your own site.