The Bloody Apprentice deserves as much attention as a dead dog but unfortunately a lot of news media will be reporting it today as the final was broadcast Sunday evening. 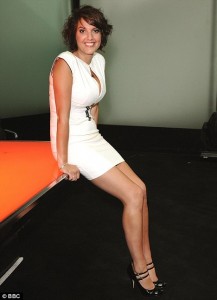 It seems also that the UK winner (picture shown to the left here) will be joining Amscreen – in particular the Amscreen Health division which is the remnants of (in administration) Electronic Health Media purchased by the group back in September 2007.

If you are fed up with the hype around Sir Alan and this stupid programme which purports to be representatve of how to do and conduct yourself in business and somehow be a beacon for entrepreneurship we suggest you spend 6 minutes of your time and watch this wonderful spoof video http://cassetteboy.wordpress.com – trust us it will make your Monday morning!

This entry was posted on Monday, June 8th, 2009 at 08:49 @409 and is filed under DailyDOOH Update. You can follow any responses to this entry through the RSS 2.0 feed. You can leave a response, or trackback from your own site.

13 Responses to “Sticky: The Bloody Apprentice”