Australia’s leading Out-of-Home company JCDecaux has shown its support of the 41st Sydney Gay and Lesbian Mardi Gras by rebadging all its advertising panels along the parade route with rainbow branded logos for the first time ever. 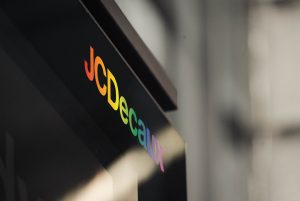 The JCDecaux logo, which is usually white, has been changed to vibrant rainbow colours in support of Mardi Gras and its philosophy.

Sydney Gay and Lesbian Mardi Gras is one of the oldest continuously operating LGBTQI organisations in Australia. Its vision is to be a global leader in the promotion of diversity, inclusion, equity and social justice through culture, creativity and partnerships.

JCDecaux Head of Creative Solutions, Ashley Taylor told us “JCDecaux is privileged to have advertising panels along the entire Sydney Gay and Lesbian Mardi Gras parade route from start to finish. We are strong supporters of equality and diversity and wanted to showcase this in a unique way while the iconic Mardi Gras Festival is underway in Sydney. Each year, the city turns more and more into a rainbow coloured festival in the lead up to Mardi Gras, and this was the perfect opportunity to contribute to supporting this important culturally and socially significant event in Sydney”. 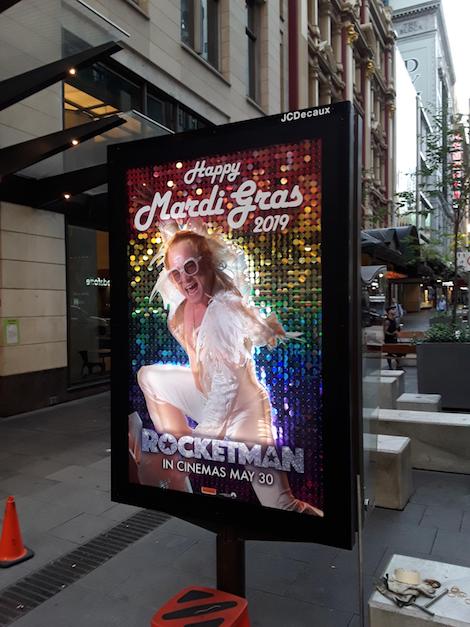 The parade route runs from Hyde Park, and along Flinders and Oxford Streets and finishes at Moore Park and the JCDecaux rainbow logos will feature on all its 20 advertising panels, including bus stops and phone bollards, along the route from 19th February until 3rd March.

This entry was posted on Thursday, February 28th, 2019 at 07:12 @342 and is filed under DailyDOOH Update. You can follow any responses to this entry through the RSS 2.0 feed. You can leave a response, or trackback from your own site.