Lightbox OOH Video Network has been acquired by Cattri, a leading out-of-home technology company based in Mexico City. The deal, backed by PC Capital, a Mexican private equity firm specialising in growth equity investments, and Altum Capital, a Mexico City-based private credit fund, positions Cattri to gain entry into the U.S. market through Lightbox’s network in shopping and lifestyle centres across North America. 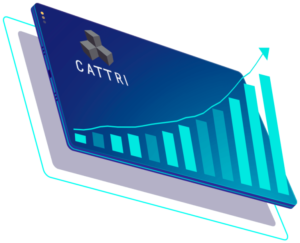 In July 2020 Lightbox admitted that it was in trouble and was seeking M&A. It was, in fact, in SERIOUS trouble (having received little or no revenues from their 300+ Malls in a several month period).

This latest press release stated that as part of the transaction, Lightbox has received significant growth capital which will be used to strengthen its position as a national video advertising network through product enhancements, technology, and expansion. The new investors here could easily be throwing good many after bad, Lightbox had already invested heavily once, which has not helped it gain good revenue and is still stuck with huge commitments to landlords. Despite laying off lots of staff earlier in the year we understand that it still has some seriously huge salaries on its books.

Cattri claim to have revolutionised OOH buying and ‘accountable reporting’ in the Mexican market through its proprietary OOH TV technology including a self-service model, offering advertisers audience data based on the number of eyes that are watching video ads. The statement said that “Its planned application onto Lightbox’s network in the U.S. market is just one of the synergies that the companies see as a driver for growth” and Greg Glenday, Lightbox CEO is not surprisingly trying to put a shine on the acquisition and was quoted as saying “We set out to find a partner who shared our optimism about the future of the digital out-of-home industry. At Lightbox we believe that digital out-of-home will be among the fastest-growing advertising platforms over the next decade. While technology has disrupted every other traditional media form, OOH is in a unique position whereby advertising technology advancements only make us better. Technology like Cattri’s will level the playing field for us, and provides the tools and data to compete with digital and broadcast”.

This is all crazy talk, Lightbox’s problem has always been that they were never able to position their screens as a ‘strategic’ Ad buy. Quite simply, they were always “left over money” meaning that they were a tactical buy in a year when spare money was available, but typically ignored the next and following years. New ownership and new ‘tech’ from Cattri will change nothing. As much as people won’t like it being said, this is nothing more than a fire sale and does nothing to shore up the underlying weakness in the networks current business model.

Victor Cattan, CEO of Cattri, said “We were incredibly impressed by the momentum that Lightbox has achieved in the past few years. From the day I met the management team, I knew there was something special about this company. Their national coverage and their position at the forefront of delivering digital video in real-world environments, plus Cattri’s advanced tech and engineering, will make a powerful combination as we tackle the North American market together.”

Cattri was founded in 2008, they’ve created a credible network of more than 5,000 displays in Mexico’s top shopping malls, public transport stations, and restaurants. Cattri’s content ecosystem includes over 200 of the country’s leading advertisers in the country and generates more than seven million views per day. The company has also developed the biggest private out of home channel in the country and a unique technology to transform the global Digital Out of Home industry.

Houlihan Lokey is advising on the transaction.

This entry was posted on Thursday, October 29th, 2020 at 13:38 @609 and is filed under DailyDOOH Update. You can follow any responses to this entry through the RSS 2.0 feed. You can leave a response, or trackback from your own site.