A Summer Full Of Campaigns For Pixman

Montreal-based Pixman Nomadic Media Inc.’s summer has been full of projects: In addition to the integrated deployment of its products and further development of its Pixpal technology, the Corporation undertook several campaigns for major brands. 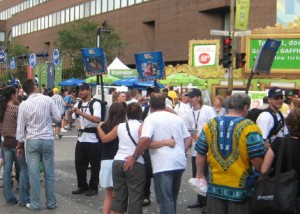 For Labatt Bleue during Montreal's Just for Laughs Festival

“Pixman solutions enable a brand to first engage consumers in an effective dialogue, and then to mobilize them toward a cause or a product corresponding to their needs,” says Cristina Romero, Pixman’s vice-president sales and marketing. “The power of this conversation is the key to establishing a trust-based relationship. The consumer, feeling listened to, is thus more receptive.”

“Pixpal technology will enable a further strengthening of this relationship by integrating various communication platforms and a collaborative space,” says Philippe Gribeauval, president and CEO of Pixman. “We will be able to offer brands the ability to collect value-added data from consumers and to create communities where consumers can interact with each other and with their favourite brands.

“Pixpal is progressing rapidly thanks to the implication in the project of Daniel Langlois, founder and executive chairman of the Board. We are confident that a complete version of the product will be launched on schedule. We are excited by the latest applications that we’ve developed and that we are currently testing. The results are very positive.” 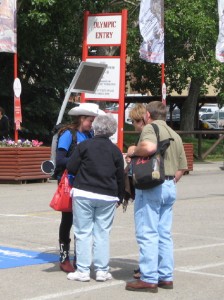 For BMO at the Calgary Stampede

Among recent projects, Research in Motion again called on Pixman to promote its latest smart phones. The campaign, which took place for the first time in the international market, specifically in England, was designed to stimulate sales of the new BlackBerry Storm among young technophiles. Pixman ambassadors informed consumers about the product’s many advantages and directed them to points of sale.

In Latin America, Unilever availed itself of Pixman’s proposal to increase in-store sales. The worldwide supplier of personal care products made use of Pixman teams to promote Dove soap in points of sale. Participants were invited to enter the Dove challenge to try out the product and gain a chance to win numerous prizes. Unilever was then able to extend its relationship with consumers beyond the in-store campaign.

In the automobile industry, Subaru was seeking to stimulate vehicle sales among business professionals in Colombia. The firm selected Pixman’s Web applications to identify potential clients and encourage them to take a test drive. In the heart of Bogota’s business district, participants were able to book appointments at their convenience using Pixman systems. This approach enabled the consumer to establish a voluntary relationship with the car dealership, which in turn obtained access to an already qualified and preferential client base. As a result, the conversion rate of test drives into vehicle sales exceeded Subaru’s objectives.

Pixman was also present at two major festivals in Canada: the Just for Laughs Festival in Montreal and the Calgary Stampede. At Just for Laughs, Labatt Breweries and its agency Publicis called on Pixman’s interactive solutions to promote the popular brand Labatt Blue. Pixman ambassadors photographed festival-goers and invited them to go online to retrieve their photo. More than 2,000 participants received a souvenir of their attendance at the festival, and Labatt has access to a significant database for promoting its future events. 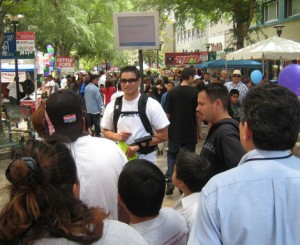 Phase One for Chase Bank in California

At the Calgary Stampede, Pixman ambassadors were deployed to direct attendees to the booths.

And this month, Pixman will begin the second phase of its project for Chase Bank in California. This new phase will call on the Corporation’s Web applications by bringing the virtual and the real worlds together. To achieve this, a micro-site has been created where participants can interact with the brand.

Pixman is currently established in over 25 countries, thanks to its extensive network of value-added resellers.

This entry was posted on Friday, September 4th, 2009 at 08:10 @382 and is filed under DailyDOOH Update. You can follow any responses to this entry through the RSS 2.0 feed. You can leave a response, or trackback from your own site.