One in two Brits would follow up digital out of home adverts online, but are rarely given the information needed according to atmAd’s 2010 Consumer Interaction Report, which independently polled the views of 1,766 British consumers recently. 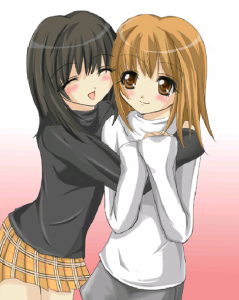 43% of those polled said that URLs were only rarely, or very rarely, visible on outdoor adverts AND with 48% claiming that they are more likely to respond to an ad by making a purchase when supplied with an Internet address (a number which rose to 56% amongst 18-34 year-olds) it is clear that brands integrating outdoor and online channels stand to make some of the biggest gains during the economic recovery.

Justin Stark, Director of National Sales at atmAd told us “With increasing numbers of consumers outdoors and online throughout the day thanks to the widespread take-up of smartphone technology, marketers are missing a trick if they don’t take the opportunity to drive social media engagement with the content of their outdoor adverts. Running an integrated campaign is not just about covering your bases, it’s also crucial in driving next action.”

The report also found that brands are missing out on the increased interactivity afforded by integrating DOOH and mobile campaigns. 72% of Brits said that the provision of take-away reminders, either printed or placed on mobile phones via Bluetooth or SMS technology, would make it easier to follow-up adverts seen on digital screens.

Stark added “The findings reveal the extent to which brands and media owners need to catch up with consumer demand. Digital outdoor has the greatest potential to drive successful integrated campaigns as it provides a real link between the online and real world environments. Advertisers need to think of DOOH displays not as the traditional outdoor tools of one-way communication and display but as tools with which they can encourage interaction and wider discussion that continues long after consumers have left the site of the advertisement.”

This entry was posted on Friday, May 7th, 2010 at 20:52 @911 and is filed under DailyDOOH Update. You can follow any responses to this entry through the RSS 2.0 feed. You can leave a response, or trackback from your own site.

One Response to “Outdoor Ads Inspire Consumers To ‘Tell Friend’”