An App For Tracking RBIs And ERAs

Here’s an intriguing app I would have liked when my sons were playing Little League. 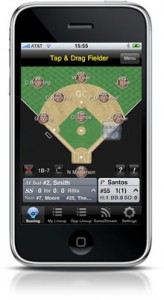 The app will be the official scorekeeping app in August for the Canadian Little League Championships, the most important tournament in Canadian youth baseball. As tournament coaches keep score using the GameChanger iPhone app, they will generate live play-by-play feeds, or GameStreams, beamed directly to the Internet – allowing fans, parents and local media outlets to follow the action online in real time, anywhere.

“We were looking for a scoring system that would allow the championship to take on a big-league feel for those who couldn’t make it to the park,” says Scott Radley, marketing and media chairman for the tournament. “As soon as we came across GameChanger, we were sold. Not only does it look great online – right down to a live pitch-by-pitch summary – but it’s incredibly easy to operate, so a number of volunteers with minimal training can all take turns doing the scoring from the park while those following the action from home or the office get the sense a team of statisticians must be handling things.” 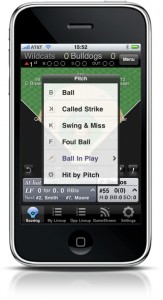 The Canadian Little League Championship pits regional baseball winners from coast-to-coast for the right to represent Canada in Williamsport, Pennsylvania, August 20-29, for the Little League World Series. By scoring the Championship games with GameChanger, the League widens its fan base, as well as generates new opportunities for media coverage.”

“Canada is big baseball country,” says Ted Sullivan, CEO of Fungo Media. “We’re excited to bring our app to the games this August and both help the coaches run an efficient scorekeeping operation as well as make sure the fans get to watch the action unfold, no matter where they are in the world.”

Launched last January, and already used by thousands of teams in the U.S. and Canada, GameChanger’s iPhone scoring app, online stat management tools and team organization features are free for coaches and scorekeepers to use. Parents and fans can buy premium access to expanded scoring data, real-time SMS and email alerts,

The real-time GameStreams for the Canadian Little League championship games will be free for fans to follow. Users simply register free at www.GameChanger.io and search for their team’s page on the site.

This entry was posted on Wednesday, July 14th, 2010 at 08:29 @395 and is filed under Scuttlebut. You can follow any responses to this entry through the RSS 2.0 feed. You can leave a response, or trackback from your own site.