Should We Line Up To Get A Free iPhone?

We’ve heard that the Coalition for Innovative Media Measurement, a collaboration between the media and ad industries, is considering conducting a study in which participating consumers would get an iPhone in exchange for agreeing to report their media use. 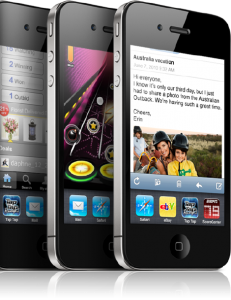 CIMM was founded in the U.S. by 14 leading television content providers, media agencies and advertisers to promote innovation in audience measurement for television and cross-platform media.

Looking at developing new ways of measuring audiences, Apple Inc.’s iPhone may be used as the vehicle for a study of how Americans consume media on a range of devices – from TV sets to mobile phones to computers.

The study would be one of CIMM’s first major initiatives. The group is reported to be in talks to hire Media Behavior Institute LLC, New York-based media research firm, to conduct a study in which participating consumers would get an iPhone in exchange reporting their media use several times a day. The effort may get off the ground in the fall, if approved by the group’s board members.

We understand that the iPhones would come with a specially designed app that participants would log on to every 30 minutes to answer questions, such as what media they were watching or listening to, who they were doing it with and whether they were using more than one device at a time. Tentative plans call for 1,000 participants.

We haven’t heard whether the phones would have paid contracts attached or what happens to them following completion of the survey.

This entry was posted on Thursday, August 5th, 2010 at 11:05 @504 and is filed under Scuttlebut. You can follow any responses to this entry through the RSS 2.0 feed. You can leave a response, or trackback from your own site.