PumpTop TV Partners With THE LOOK

Irvine, California-based PumpTop TV and THE LOOK have partnered to bring the hottest celebrities in the entertainment industry to gas pump screens across the U.S.. 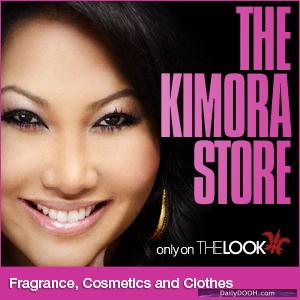 Who are you exactly?

Covering everything celebrity-related from fashion and beauty to lifestyle and fitness, THE LOOK is three sites in one, an online network, a daily editorial and photo site, and an ecommerce store.

Created by Alan Mruvka, the founder of E! Entertainment Television, and launched last month, THE LOOK is bringing PumpTop TV’s audience an inside perspective into the world of celebrities. THE LOOK is creating regular custom content themed to coordinate with PumpTop TV’s topic of the week.

This week, PumpTop TV is featuring an ‘on the scene’ view from THE LOOK at the red carpet of the Warner Bros.’ film Flipped, that includes an interview with writer/director Rob Reiner. Flipped is the newly released romantic comedy, based on the novel by Wendelin Van Draanen, about two eighth graders that start to have feelings for each other despite being total opposites.

Later this month, PumpTop TV will be showcasing tech themed content. THE LOOK will be providing PumpTop TV’s audience with an inside peek at Comic-Con 2010, featuring stars from some of today’s hottest television shows, including Thomas Jane (Hung), Scottie Thompson (Trauma /Skyline), and Sam Trammell (True Blood).

THE LOOK’s Mruvka says, “THE LOOK is always looking for new and creative ways to expand our audience and PumpTop TV’s network is the perfect avenue to do so.”

“THE LOOK has such a wide variety of celebrity content that pairs perfectly with our weekly themes,” says Doug Woo, executive vice-president of AdtekMedia, the parent company of PumpTop TV. “People love celebrities and are always drawn to them. By providing an inside look into the lives of celebrities we feel that THE LOOK will make our audience’s experience at the pump more entertaining and enjoyable.”

Created for women, THE LOOK covers everything celebrity from fashion and beauty, to lifestyle and fitness. As a network, THE LOOK initially features four original series including: On the Scene, Fashion Diva, DIY: Do It Yourself, and Beauty School. Viewers can find these series online at thelooktv.com and in the future on cable, satellite, syndication, mobile and in the international markets. As an editorial and photo site, THE LOOK features hundreds of articles and celebrity photos updated daily. In addition, each celebrity photo is enhanced with an ecommerce rollover capability that allows the consumer to purchase similar items to those worn by the celebrity in the photo. And as an ecommerce store, THE LOOK offers hundreds of fashion, beauty and lifestyle products for sale on the site, both name and celebrity brands.

This entry was posted on Tuesday, August 10th, 2010 at 08:19 @388 and is filed under DailyDOOH Update. You can follow any responses to this entry through the RSS 2.0 feed. You can leave a response, or trackback from your own site.