rVue To Announce Deal With al-Qaida

rVue Inc. press releases come thick and fast – sometimes too fast and usually with an ‘importance’ which we think is often beyond their worth. We are struggling here. Folks in the US that we respect tell us completely opposite things. 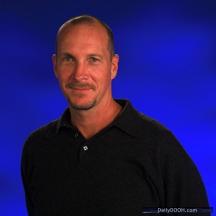 On one side we have senior execs who tell us “I wouldn’t touch a deal with that guy with the proverbial 10′ pole” (by ‘that guy’ they mean Jason M. Kates, Chief Executive Officer but on the flip side we have those who are obviously big, big fans and say things like “I am a fan. I know why they are doing what they are doing and I do think they are getting traction”.

For what it’s worth, we think their idea is a GOOD one, however, we don’t see them getting the necessary traction on either the network side OR the advertiser side to make it profitable any time soon.

Revenue for the period was $154,357, of which $20,480 was from license fees and $133,877 was from network and administrative services. Our license fees consist of initial site fees and monthly fees for the license of certain of our software. Network and administrative revenue consist primarily of recurring fees from three customers to provide services under contracts, two of which run through the end of the year and one of which runs through May 13, 2011. We did not have any advertising related revenue in the quarter.

Our current take is that rVue would do a deal with al-Qaida if it meant a press release (far too many press releases have been forthcoming) so for now though don’t be surprised if we ignore a couple of recent announcements.

There’s a danger we think that rVue Holdings, Inc. (OTC Bulletin Board: RVUE) with a $1 million round of financing funded by institutional investors could start to look like a simple pump and dump.

This entry was posted on Monday, August 30th, 2010 at 22:01 @959 and is filed under DailyDOOH Update. You can follow any responses to this entry through the RSS 2.0 feed. You can leave a response, or trackback from your own site.

10 Responses to “rVue To Announce Deal With al-Qaida”