We gleaned a raft of information from the various speakers who drew attention and questions from the audience throughout the two days of the conference. 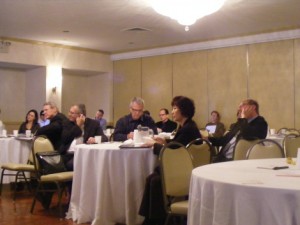 Here’s just a few of the comments of which we took particular note from speakers that we haven’t covered in other articles:

“There will be a huge increase in consolidations ands mergers over the next 12 to 18 months.” (Stu Armstrong, president, Enqii, and chairman of day one of the conference)

“Don’t be a vendor. Be a partner.” (Robert Wolf, CEO, InStore Broadcasting Network) 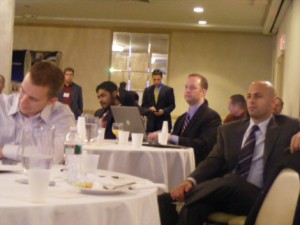 “If the landlord wants to have a percentage of time, it cuts into your revenue.” (Alan High, president, Clear Channel Malls)

And perhaps my favourite of the two days “A captive audience isn’t always a captivated audience.” (Stephen Randall, CEO, LocaModa) and I don’t think he was talking about the conference itself!

This entry was posted on Monday, October 11th, 2010 at 10:04 @461 and is filed under Scuttlebut. You can follow any responses to this entry through the RSS 2.0 feed. You can leave a response, or trackback from your own site.