Dubbed a ‘super session’ at the end of Day 1 in Thomas Doktor’s digital signage world lecture theatre, US special guests Paul Flanigan and Jason ‘retail geek’ Goldberg took to the stage and did consecutive 20 – 30 minute presentations to an attentive audience. 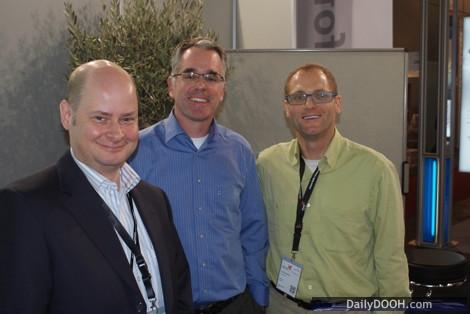 Even the beer and brezen that magically appeared, as if from nowhere at 16:00, couldn’t dent the audience’s enthusiasm and attentiveness and the session only got better when Jason and Paul tag teamed for the Q+A session at the end which seemed to last an ‘age’ but was well, well worth it.

This entry was posted on Thursday, November 4th, 2010 at 17:07 @755 and is filed under Scuttlebut. You can follow any responses to this entry through the RSS 2.0 feed. You can leave a response, or trackback from your own site.