As you know, we don’t cover online, but with the eyes of the world on Prince William and Kate Middleton’s nuptials on April 29, we couldn’t resist this! 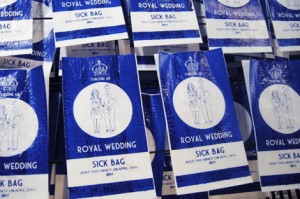 In an effort to let people from around experience the Royal Wedding as if they were in the heart of London, England, Google has just expanded its 3D coverage of Central London to include the entire Royal Wedding procession route.

This entry was posted on Friday, March 11th, 2011 at 07:59 @374 and is filed under Scuttlebut. You can follow any responses to this entry through the RSS 2.0 feed. You can leave a response, or trackback from your own site.