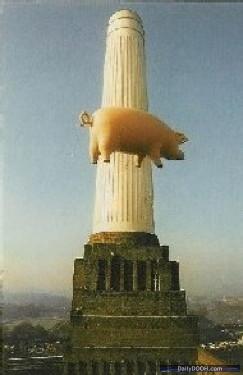 NEC’s annual showcase yesterday, this year held at Battersea Power Station, not only gave a great insight into NEC display technologies, applications and perhaps more importantly their partners BUT it also offered a unique chance to see this iconic building from the inside.

Battersea Power Station was built in the 1930s. The now decommissioned coal-fired power station located on the south bank of the River Thames, in Battersea, South London, used to provide electricity to a fifth of London.

The station ceased generating electricity in 1983 when they discovered that the ingenious system they use to purify the smog exiting the chimneys was actually contaminating the waters of the River Thames err, yes like for over 30 years. Ed 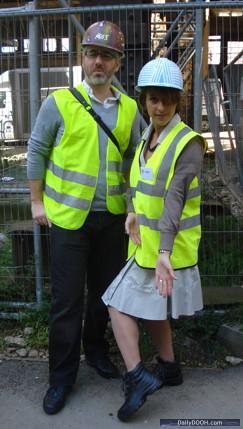 The station is (still) the largest brick building in Europe – with 6.4 million bricks (no we didn’t count them but someone did!) and is notable for its original, lavish Art Deco interior fittings and decor.

Unfortunately, the building’s condition has been described as ‘very bad’ by English Heritage, who include the power station on its Buildings at Risk Register.

Being a building site, we could only visit it wearing hard hats, fluorescent jackets and steel capped safety boots and as you can see from the picture here that totally cramped my style! Having said that it was one of those unmissable opportunities.

Adrian showing his age (and his eclectic musical taste) was most pleased that outside the purpose built NEC ‘arena’ inside the remains of the power station, the music playing was from the Animals album by Pink Floyd! That attention to detail was typical of NEC’s professional handling of the entire showcase.

This entry was posted on Thursday, April 7th, 2011 at 11:15 @510 and is filed under Scuttlebut. You can follow any responses to this entry through the RSS 2.0 feed. You can leave a response, or trackback from your own site.