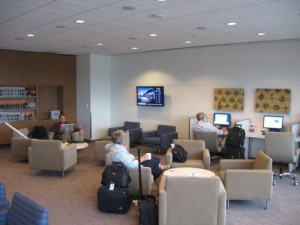 EMN controls virtually all of the place-based video media assets in United, Continental, Delta, US Airways, Alaska, as well as the US based inventory of KLM, Lufthansa, and Air France executive airline lounges.

EMN also has rights to sell video media assets in the terminals of the most traveled airports and executive airports in the United States and Europe, including WiFi advertising, touch screen and experiential campaigns.

In addition to airport media, EMNs advertising assets on the Amtrak Acela Express train provide further opportunities for advertisers to target an elusive, affluent, executive audience. EMN is one of the fastest growing and most profitable Digital-Out-Of-Home (DOOH) media companies in the United States. 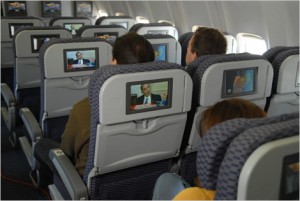 Hold the whipped cream; I just had dessert

This captive viewing environment is of course one of the most in-demand digital-out-of-home media assets in the marketplace.

Ben Little, CEO EMN told us “Joining forces with RMG Networks delivers a new level of scale and consistency that will tremendously benefit both our advertisers and media partners. This deal formalizes the long standing partnership between RMG and EMN and will help our partners get the most out of their highly targeted in-lounge, train and in-flight media assets.”

This exciting announcement represents another acquisition by RMG in the rapidly expanding digital-out-of-home media sector.

This entry was posted on Monday, April 11th, 2011 at 17:47 @782 and is filed under DailyDOOH Update. You can follow any responses to this entry through the RSS 2.0 feed. You can leave a response, or trackback from your own site.