Show Us Your Stands 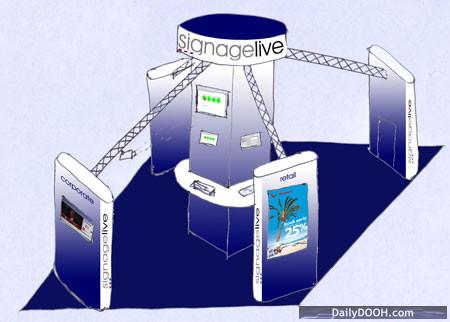 Did you know that we have an almost unhealthy fascination with stand designs and pre-built stands? Don’t ask us why, we just do!!!

Here’s remote media’s signagelive stand for ISE, Amsterdam – they will be in the new Digital Signage Zone in Hall 12 on Stand B84.

This show will be the first time that a remote media exhibition stand will be branded as ’signagelive’ with the Digital Signage as a Service platform being demonstrated live on the stand.

This entry was posted on Thursday, October 23rd, 2008 at 17:38 @777 and is filed under Scuttlebut. You can follow any responses to this entry through the RSS 2.0 feed. You can leave a response, or trackback from your own site.