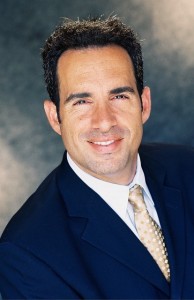 PRN’s v-p sales since June/07, Landa has been responsible for direct clients and agencies on the West Coast. He earlier was vice-president of national accounts at ReelzChannel. He also held progressively senior positions with top media brands with College Sports Television, Lifetime Television, ESPN and E! Entertainment Television.

“Jon been a top performer on our sales team and has consistently delivered outstanding results for PRN and our clients year in and year out,” says D. Scott Karnedy, PRN chief sales officer.

“With his experience running sales teams for other leading media companies, including ESPN and Lifetime, I’m confident he’ll lead his region to even higher levels of performance.”

This entry was posted on Friday, May 20th, 2011 at 08:00 @375 and is filed under Scuttlebut. You can follow any responses to this entry through the RSS 2.0 feed. You can leave a response, or trackback from your own site.