Some Of The Cheaper Cars Were Going Backwards 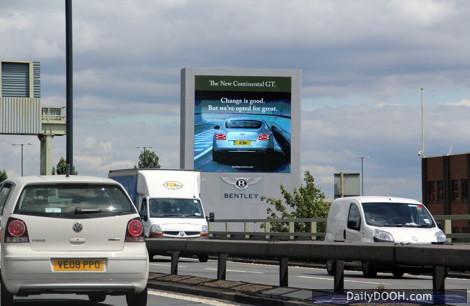 The campaign, which features the strapline “Change is good. But we‘ve opted for great” also appears on Ocean’s Holland Park Roundabout, A40 Digi bridge, P10 Hammersmith and the West Cross route Digi banner.

This entry was posted on Monday, June 20th, 2011 at 11:29 @520 and is filed under DailyDOOH Update. You can follow any responses to this entry through the RSS 2.0 feed. You can leave a response, or trackback from your own site.