TabTimes: A Tablet Mag On Tablets

Sixteen years ago, Patrick Pierra began a company on the web about the web. 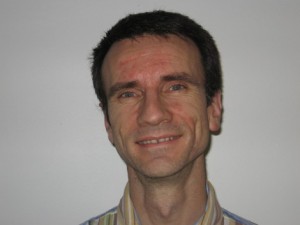 Yesterday, Pierra, with a group of media industry veterans, announced the future launch of a tablet news magazine on tablets about tablets.

“I guess history tends to repeat itself a little bit,” says Pierra, publisher and owner of the new TabTimes, a digital publication to target managers, professionals and business people. “But whereas my previous company launched in Quebec in French, this is will launch in English and with the much bigger audience in the U.S. and Casnada.”

TabTimes, to launch at an unspecified date this fall, will be a tablet news magazine devoted exclusively to tablets and their use for work, business and productivity. It will be a continuously-updated digital news magazine presented in a tablet application itself, on the iPad platform. TabTimes will also be one of the few, pure tablet publications providing original content geared for a business audience.

It will cover news and trends in the ultra-fast- growing tablet industry and ecosystem on a daily basis, spotlighting innovative tablet professionals, pointing out the best apps for businesses, and review tablet devices in their role as work and productivity tools. TabTimes will also report on tablet deployment by organizations in sectors ranging from healthcare, government and education to retail and publishing, with an eye towards evaluating the ROI of these deployments.

It will be in a free iPad app and will be supported solely by advertising – sold, at least in the beginning, in-house under a marketing and sales director. All the back-end technology will be proprietary, developed in-house, as well.

“Targeting influencers and decision-makers worldwide with a single focus – how to best use tablets for their own benefit and for their organization – will make TabTimes the beacon of the emerging tablet industry, a must-buy advertising vehicle for all players in that field,” says Pierra.

We asked about advertising standards.

“That shouldn’t be a problem in the tablet sector,” says Pierra. “95% of the tablets are the same size and have the same resolution as the iPad. I think tablet advertising will grow quicker than mobile advertising.”

Editorially, TabTimes will work similarly to magazines with a mix of full time staff and freelancers. George Jones, who held editor-in-chief roles at Maximum Tech and Maximum PC, the second largest PC magazine in the US., will be running editorial for TabTimes. Jones has also led both print and digital editorial teams at publishing companies IDG, Future US, and Ziff-Davis. (Prior to the official launch of TabTimes, the team is already covering the tablet industry @TabTimes on Twitter.)

“Using tablets as our main publishing platform will give us a unique understanding of the tablet universe,” says Jones.

Pierra, whose original company Branchez-vous! morphed into the Canadian web advertising network BV! Media, representing more than 400 websites, was CEO. He eventually took the company public and it was bought in Oct./10 by Rogers Media, Toronto, for $25 million cash.

We don’t doubt that Pierra is hoping to see history again repeat itself!

This entry was posted on Thursday, July 14th, 2011 at 08:01 @375 and is filed under DailyDOOH Update. You can follow any responses to this entry through the RSS 2.0 feed. You can leave a response, or trackback from your own site.