MediaZest are one of those good companies that should be a great company. They have brands to die for as customers, a seriously good numbers man as CEO, a very profitable IT / AV installation division and an enviable reputation in retail merchandising, digital signage, AV and DOOH. 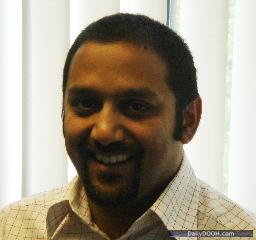 Problems abound though; a seemingly uninterested Board, a poor share structure, shackles known as an AIM listing, poor marketing (partly but not solely due to the AIM listing) and a focus on one-time short term revenue projects rather than network building per se.

Anyway perhaps this is all about to change as MediaZest announced yesterday the appointment of James Abdool as an executive director of MediaZest and as sales director, with immediate effect. James has been working with the Group as a consultant for the last few months.

James has been actively involved in sales and marketing for a number of media related companies since 1994.  He most recently worked with PlayNetwork Inc. where he was instrumental in setting up its international operations throughout Europe, the Middle East and Africa (EMEA). Prior to this, he worked at EnQii, the global digital signage and display network company, heading up its EMEA operations and Imagesound Plc as retail sales director.  Prior to his involvement in these companies, he developed and subsequently completed the sale of his family’s digital out-of-home audio business.

Commenting on James’ appointment, Geoff Robertson, MediaZest’s CEO, said “James is an experienced company director and his appointment will broaden the range of skills and expertise available to the Board. Furthermore, the Board views his appointment as an important step in achieving its strategy of improving both the quality of the Group’s revenues and volume of sales”.

This entry was posted on Thursday, August 18th, 2011 at 01:23 @099 and is filed under DailyDOOH Update. You can follow any responses to this entry through the RSS 2.0 feed. You can leave a response, or trackback from your own site.