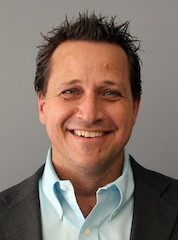 “Traditional local broadcast television still only delivers on a broad market or large area basis,” says David Leider, CEO of Gas Station TV. “With GSTV, small businesses can advertise specifically at gas stations within their exact local trading area. This makes GSTV a far more efficient local television buy. Moreover, because GSTV reaches on-the-go consumers, small businesses can connect with consumers while they’re out and about versus inactive and on their couch.”

This announcement comes on the heels of the recent announcement from GSTV and Wayne, a GE Energy business, launching their co-developed media platform inOvationTV at fuel retailers throughout the country. Driven by a Wayne investment valued at more than $50 million, InOvationTV will triple GSTV’s already industry-leading monthly Nielsen-measured viewership to an audience of more than 70 million people, making it even easier for small businesses to connect with on-the-go consumers.

GSTV’s dedicated local sales team complements its already strong presence in the national marketplace by addressing specific needs for local and regional advertisers. The division will provide small business owners with a number of benefits including the ability to geo-target their specific trading area and create motivating messaging supported by GSTV’s award-winning television creative services. As it develops, GSTV expects to add more than 60 new account executives over the next 10 months.

“GSTV is an extremely efficient media vehicle for small businesses to reach and engage captive consumers in their local communities,” says Sanderfield, who has more than 13 years of experience in senior level sales and leadership, having worked with such organizations as Screenvision Direct, Inc., Limelight Media Group and The United States Marine Corps. He is charged with implementing local and regional sales efforts throughout the country, recruiting and managing the local sales staff and bringing the benefits of GSTV to small business owners.

This entry was posted on Friday, October 7th, 2011 at 10:05 @461 and is filed under DailyDOOH Update. You can follow any responses to this entry through the RSS 2.0 feed. You can leave a response, or trackback from your own site.